Ok. Remember how we were struggling with our UI? After 2 weeks of research, we still couldn't find the right one, all were bad in a way.

So the sound designer goes "Shall we remove the UI?"

But bear with us.

It is a bold thought. One we had at the very beginning of the project but quickly discarded as impossible and unplayable. But now Albert+Zoé might be ready for it...

The most striking consequence is that although all of Zoé's spells already have a specific rhythm, now you would need to memorize them. And cast them by playing the rhythm to the beat. That's unusual and pretty scary. The only reference we know of for this is Patapon, were you give orders to your patapons through rhythms ; but in Patapon there's only one rhythm (4 notes of equal length), cast using different keys. In Albert+Zoé you have only one key, but multiple rhythms. It reminds also of fighting games, were combos need particular timings between button presses. So memorizing rhythmical sequences is not completely foreign to video games. And you don't have to be a musician or even good at rhythm to be able to play them, anybody can. I mean we can all tap our foot to a beat or clap our hands.

And actually, it does make total sense. It serves our purposes perfectly: it enables the player as a creator of music within the space of the game. It gives him tactical freedom during fights. The same principle could be used for Albert, who could make combos or different attacks depending on the rhythm you play. Also, cross-character combos! We lacked both of these in our previous design, and that was a bit vexing as Zoé's complex gameplay flattered her and kept Albert a bit to much in the shadows.

From a coding standpoint, it's fine, it's pretty much the same and we mocked up a prototype in a matter of hours. From a musical production standpoint, it actually makes things easier and more fun as the player has a greater part in producing the music through the fight. From a gameplay perspective, it's awesome and unique, and being all artsy and sh*t, of course we love it.

So yeah, we pretty much had a revelation with this idea. And will definitely be going for it.

The only downside is that, although we were counting on wrapping up the demo for the 8th May (nobody remembers why tho), now that we've demolished the gameplay, it's not happening ¯_(ツ)_/¯ so we apologize, but we will have to postone this release.

We hope that everyone who's been on board with us until now will stay with us despite this change. But we figured: if there a drastic changes like this to make, it's now or never :)

Here are two little ideas for the new UI of the new gameplay. 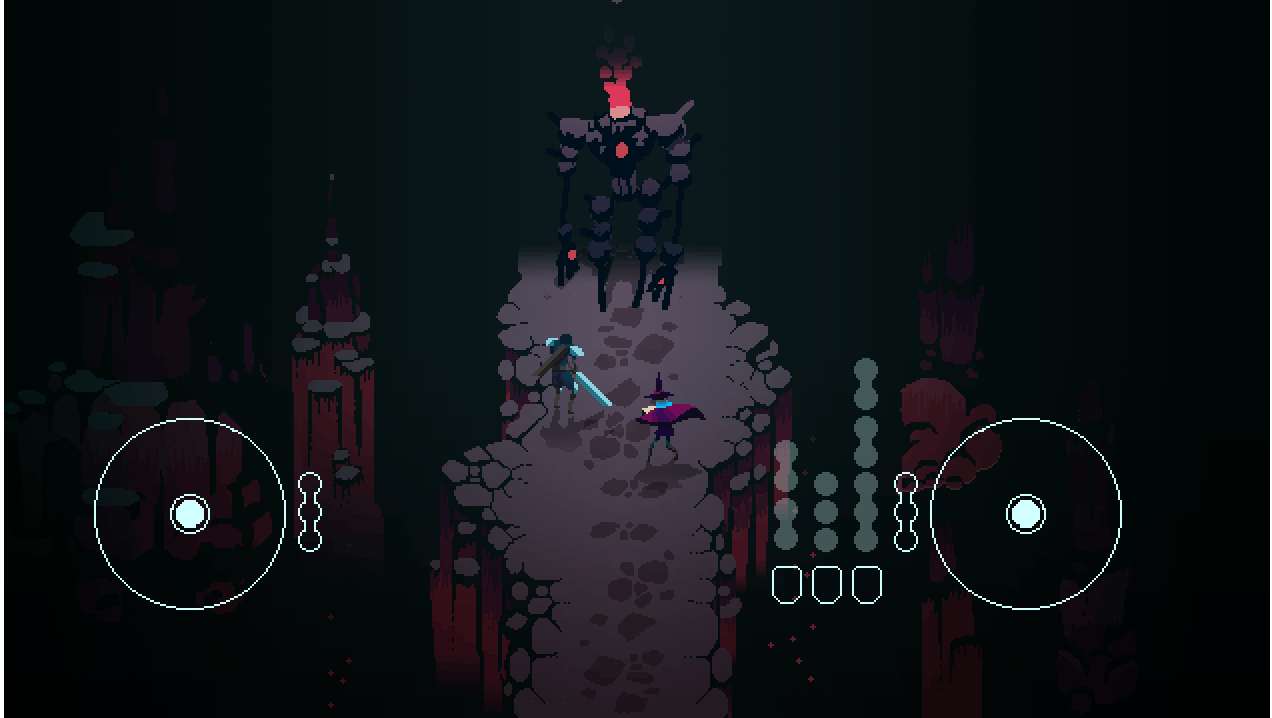 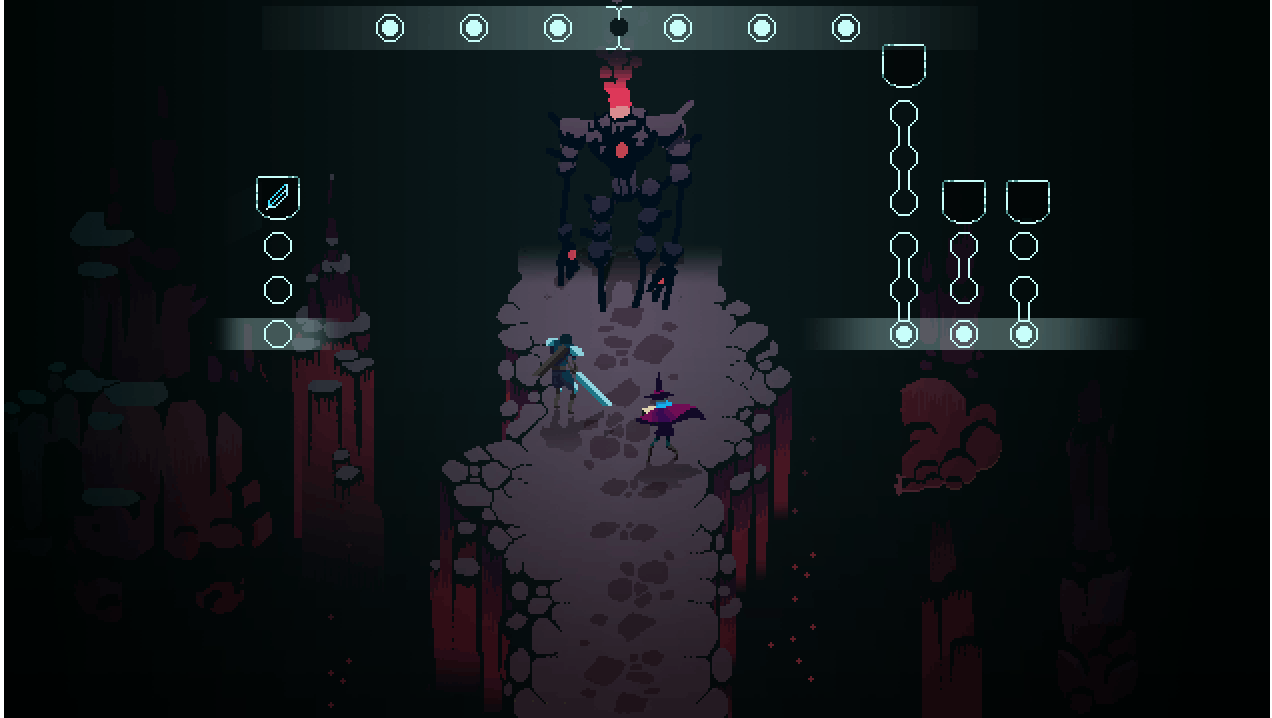